SCR are deeply concerned about the terror attack in New Zealand﻿

Scandinavian Educational Council are deeply concerned about the terror attack that took place in Christchurch, New Zeeland.  The horrific incident hasn’t only shaken SCR, but it has shaken muslims throughout the world, and in specific those who live in the west. The heinous attack took place after the congregation had prayed the Fridays prayer the 15th of March, 2019. According to the authorities, roughly 40 people lost their life, not sparing women and children. SCR wants to stress the point that proper security has to be taken in consideration for all places of worship. They also want to stress the fact that the media have to take their share of responsibility and stop triggering far right movements which fuels the already existing islamophobia. 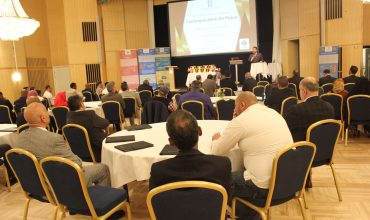 Report from the first symposium

Scandinavian Council for Relations Stockholm 2018-05-30 The Scandinavian Council for Relations, in cooperation with the Imam Malik Foundation for Moderation and Renewal, held its first symposium on "Ramadan.. Communication for Peace" on Tuesday, 29-05-2018, in the conference hall of the Infra City Hotel in the Swedish capital of Stockholm , In the presence and participation of several Swedish officials, diplomatic figures, as well as a number of heads of Scandinavian Islamic centers and institutions in Sweden, Denmark, Norway, Iceland and Finland. The seminar was opened by the reciting of verses from the Holy Quran and then by Mr. Abdul Raouf Al-Muhri, Director of the Imam Malik Foundation for Mediation and Innovation, followed by a lecture by Professor Anouar Touimi, Chairman of the Scandinavian Council for Relations entitled: "Communication for Peace." He welcomed the guests and brought to light the Council’s main objectives. Followed by a speech by the Indonesian Consul in Stockholm, followed by the speech on Sweden by Sheikh Mohammed Al-Alam, in which he spoke about the cultural and ethnic diversity that characterizes Sweden, and that was followed by a speech on institutions delivered by Dr. Mahmoud Al-Debai. The last words were the words of Sheikh Saeed Azzam. Then Mr. Anouar Touimi distributed commemorative shields to many guests who were distinguished in their field of work. At the time of the Maghrib prayer, the attendees had Iftaar prepared in their honor. In conclusion, the participants stressed in their final statement: 1. The need for communication and cooperation among Scandinavian institutions operating in Scandinavia in order to reach safe and cohesive societies. 2- To highlight the role of public relations and its importance in building a secure society away from discrimination and racism. 3. Condemn all acts of hostility against places of worship, renounce violence, extremism and racism, whatever their source, and promote the values ​​of equality and principles of human rights. 4. Emphasize the importance of cultural and ethnic diversity and the freedom of religion and beliefs provided for in Scandinavian laws. 5. Support government authorities to enhance security and stability in our Scandinavian countries. 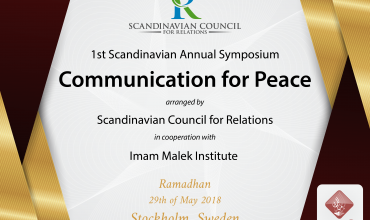 Scandinavian Council for Relations 2018-05-28 The Scandinavian Council for Relations will hold its first symposium under the title: “Ramadan. Communication for Peace”, in an effort to strengthen relations and cooperation between civil society institutions in Scandinavia. The seminar will be held on Tuesday, 29-05-2018, at the Scandic Infra City Hotel in Stockholm from 8pm to 11pm. With the participation of several Swedish officials, diplomatic figures, representatives of the Swedish Church and the Jewish religion, as well as a number of heads of centers and institutions operating throughout Scandinavia in Sweden, Denmark, Norway, Iceland and Finland. 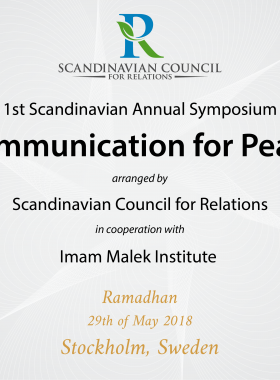 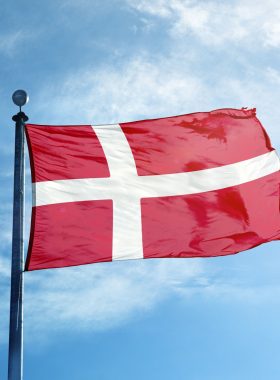 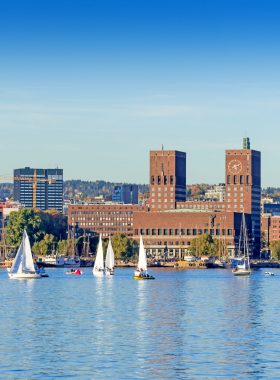 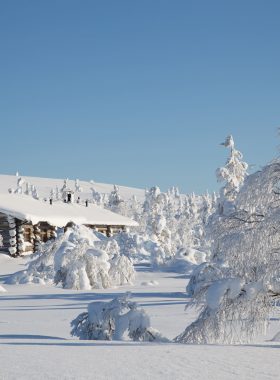